Shopping Cart
Your Cart is Empty
Quantity:
Subtotal
Taxes
Shipping
Total
There was an error with PayPalClick here to try again

Thank you for your business!You should be receiving an order confirmation from Paypal shortly.Exit Shopping Cart

Click the picture to read the article in its entirety!

Click the picture to read the article in its entirety!

Click this text to start editing. This block is a basic combination of a title and a paragraph. Use it to welcome visitors to your website, or explain a product or service without using an image. Try keeping the paragraph short and breaking off the text-only areas of your page to keep your website interesting to visitors.

Congratulations are in order to our mayor, Sheila Guerrero, for being named Memphis' Next Century Citizen! Please enjoy this article written by WeAreMemphis.com about our talented Mayor!

Mayor Guerrero's pictures will also be projected on various buildings around the city for Memphis' Bicentennial Celebration and in conjunction with We Are Memphis' Bring Your Soul campaign!

Let's congratulates Mayor Guerrero on all her accomplishments and hard work. 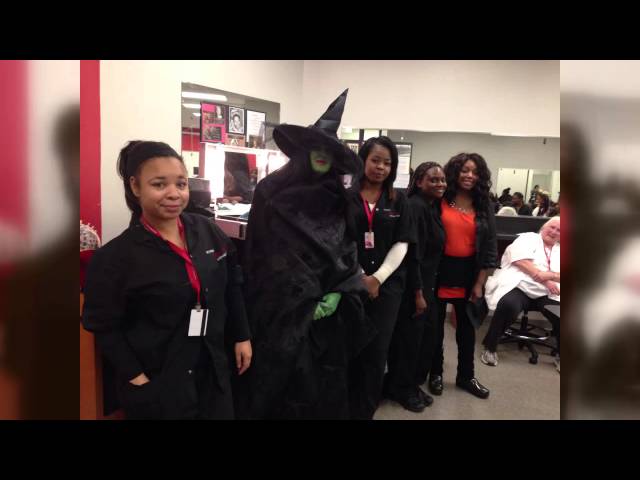 WICKED - Giving Back is GOOD

Memphis, Tenn. - The Grammy award-winning stage play Wicked is in Memphis to wow its audiences. However, their makeup artist, Joyce McGilberry, is not only on the tour to work, but also to inspire those in the city.

McGilberry and the mayor of CIDY Makeup, Sheila Guerrero, had the pleasure of not only meeting, but also making a lasting impact in the community. The two visited Remington College Cosmetology School. There McGilberry taught a master class on the makeup industry and professionalism. With a packed class the students were overwhelmed with her expertise and passion for her craft.

"We are all here to give back, it's more than just Wicked," said McGilberry. After the class Patrice Fleming, student, was filled with so much emotion she was speechless.

"It is my dream to work in the Broadway industry as an artist, I just can't believe this," said Fleming.

Fleming also also accompanied McGilberry behind the scenes of Wicked. She was also able to shadow the 24-year makeup veteran as she applied the famous green paint on Jenny DiNoia, the starring role of Elphaba.

McGilberry also visited Greater Imani Church and Christian Center during her stay. She allowed a few attendees to style the hair of her Elphaba model, Tarchelle Bryant, and even allowed 11-year-old Caylin Blackiston to be her wardrobe stylist.

"I'm happy your church allowed me to come in and make up a witch here in the church," McGilberry joked.

Although there is more than meets the eye with Elphaba, she is more than a witch - she has a heart. "If there is one thing I would like people to take away from Wicked is that you can't judge a book by its cover," said McGilberry.

The stage play will end its run Sunday February 16th at the Orpheum Theatre. But their next curtain call is February 19th at the Bass Concert Hall in Austin, Texas. As for Mrs. McGilberry she has already made plans to paint the town green with love and inspiration. 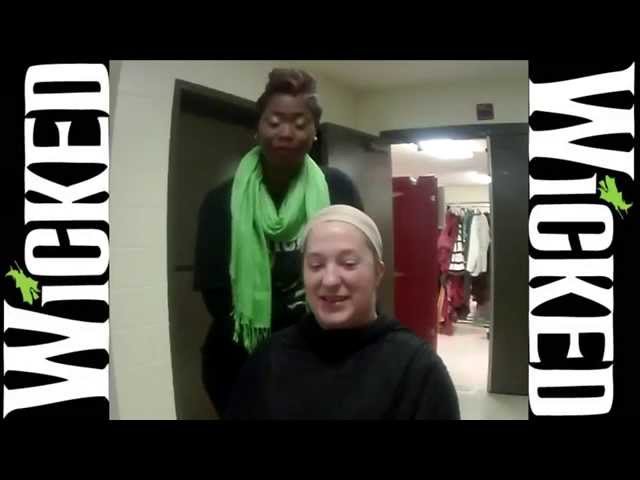 Our mayor, Sheila Guerrero, recently toured with the Broadway hit play Wicked and during their stop in Boise, Idaho she found herself working in her gift - makeup.

Guerrero was taught the ends and outs of the famous play's greening process by 24-year makeup veteran Joyce McGilberry.

She also met and painted with the one and only award-winning Joe Dulude, the makeup designer for Wicked.

Although Guerrero won't show the greening in real time you will see the amazing transformation of Erika Thornton in this time lapse video. Enjoy!